Narrators who have been severely impugned Continued 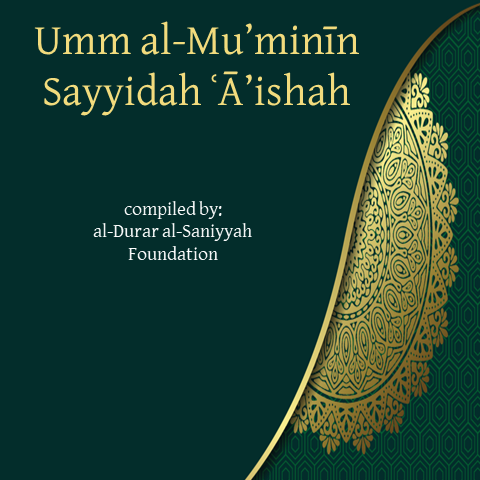 An academic encyclopaedia on Umm al Mu’minin Sayyidah Aisha radiya Llahu ‘anha covering, inter alia, her introduction, her family, a journey through her life, her enviable relationship with the Nabi salla Llahu ‘alayhi wa sallam and her lofty rank in his sight, her relationship with the Khalifas, a list of her sublime qualities, her academic competence, her excellences and virtues, her commendation by the elite of the Ummah, her harmonious relationship with key members of the Ahlul Bayt, the most common fabrications and misconceptions about her coupled with their refutation, and the verdict against one who slanders and insults her.

Favourable Comments about the Book

Birth and Upbringing in the Home of her Father

Her life with the Nabi salla Llahu ‘alayhi wa sallam

Her Marriage to the Nabi salla Llahu ‘alayhi wa sallam

The Demise of Sayyidah Aisha

a. Knowledge of ‘Aqidah

b. Knowledge of Qur’an and its Sciences

c. Her Knowledge of the Prophetic Sunnah

d. Her Knowledge of Fiqh and Fatwa

e. Her Knowledge of History

f. Her Knowledge of Language, Poetry, and Rhetoric

g. Her Knowledge of Medicine and Treatment

Her Rectification of few Sahabah

Aisha’s Influence in Inviting towards Allah and her Methodologies

Chapter 3 – The Excellences of Aisha

The Excellences of Aisha

Praise of the Sahabah and ‘Ulama’ for Aisha

The harmonious relationship between ‘Aisha and ‘Ali

The harmonious relationship between Sayyidah ‘Aisha and Sayyidah Fatimah

Their testimony that Sayyidah ‘Aisha narrates virtues of ‘Ali, Fatimah, and the Ahlul Bayt

Their testimony to her Tawbah and entry into Jannah

Their Imams naming some of their daughters after ‘Aisha

Sayidina ‘Ali’s feelings towards her on the Day of Jamal

Sayyidah Fatimah’s relationship with her

The Imams’ testimonies in ‘Aisha’s favour

The methods adopted by the Rawafid to spread this slander

Accusations against Sayyidah ‘Aisha with regards to the Ahlul Bayt

1. ‘Aisha refused to allow Hassan ibn ‘Ali to be buried alongside his grandfather

2. ‘Aisha would observe hijab from Hassan and Hussain

3. ‘Aisha angered Fatimah and made her weep

4. ‘Aisha was elated at Fatimah’s demise

5. ‘Aisha concealed the obligation Rasulullah salla Llahu `alayhi wa sallam gave to her of Allah commanding him to appoint ‘Ali as Wasi and Imam of the Muslims after his demise

6. Their ascribing vile words to ‘Aisha in relation to ‘Ali

7. She prevented ‘Ali from entering upon Rasulullah salla Llahu `alayhi wa sallam when he supplicated to Allah to bring His most beloved creation to eat with him

8. Her prohibiting the Ansari women from praising ‘Ali

Accusation: Sayyidah Aisha narrated that the Jinn wept over ‘Umar prior to his demise

Accusation: Sayyidah Aisha harboured enmity for Sayyidina ‘Uthman and commanded, “Kill Na’thal as he has disbelieved.”

Accusation: The Shi’ah her as al mutabarrijah (one who adorns herself when leaving the home)

Misconception: Sayyidah Aisha disrespected Rasulullah salla Llahu ‘alayhi wa sallam when she said to him, “By Allah, it seems like your Rabb hastens towards fulfilling your desires.”

Misconception: Sayyidah Aisha and the other wives of Nabi salla Llahu ‘alayhi wa sallam are not from the Ahlul Bayt

Misconception: Sayyidah Aisha would not observe hijab from men

Misconception: Aisha would beautify slave girls and parade them

Misconception: Aisha modified salah by making itmam while on a journey

The Incident of Jamal and the Misconceptions of the Rawafid

The Incident of Jamal

Misconception: She set out to fight ‘Ali

Misconception: She acted in defiance to Allah’s command

Misconception: Talhah and Zubair took her out of her house and travelled with her

Misconception: En route she heard the dogs of Haw’ab barking, yet did not return

Misconception: After her army reached Basrah, they looted the Bayt al Mal (treasury) and removed the governor ‘Uthman ibn Hunayf al Ansari  disgracefully despite him being a Sahabi

Misconception: ‘Ammar said: I know very well that she is his wife in the world and the Hereafter. However, Allah has tested you to see if you follow Him or her.

Misconception: She would say at the end, “I fought ‘Ali. I wish I was in oblivion, forgotten.”

A comprehensive analysis of the Ifk (Slander) Incident

Discussion 1: The Ifk Incident and Important Aspects concerning it

Discussion 2: Considerations and Stances with Umm al Mu’minin and an Intellectual Standpoint supporting her Behaviour

Section 1: Verdict against one who slanders Umm al Mu’minin Aisha with that which Allah exonerated her

Section 2: Judgement against one who insults Umm al Mu’minin Aisha with something other than her innocence revealed in the Qur’an

The translation of the book is complete, by the grace of Allah, the pdf. file too has been updated.