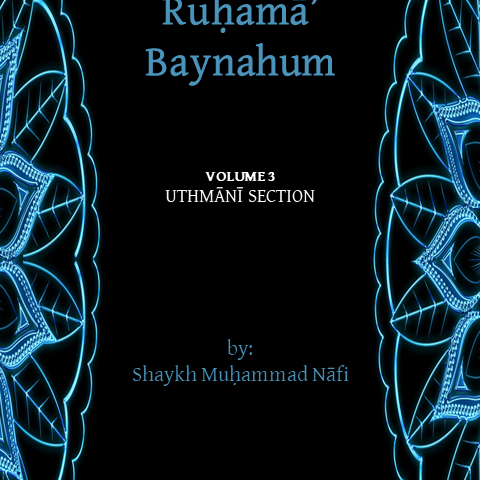 The scholarly masterpiece of Molana Muhammad Nafi’ comprising of four volumes wherein he highlights the relationship between the Sahabah and Sayyidina ‘Ali radiya Llahu `anhum, his affinity towards them and their recognition of his virtue, as well as the role he played during their khilafah. The third volume deals specifically with his relationship with Sayyidina Uthman radiya Llahu `anhu, and also addresses a number of Shia misconceptions regarding the third khalifah of Islam.

Ties of Kinship and Marriage

The Aspect of Bay’ah

1. Points Regarding the Siege of ‘Uthman

2. The Name of ‘Uthman was prevalent in the Children of ‘Ali