The Concept of Takfir According to the Shia, A Reality or Myth? – NEW UPLOAD!!! 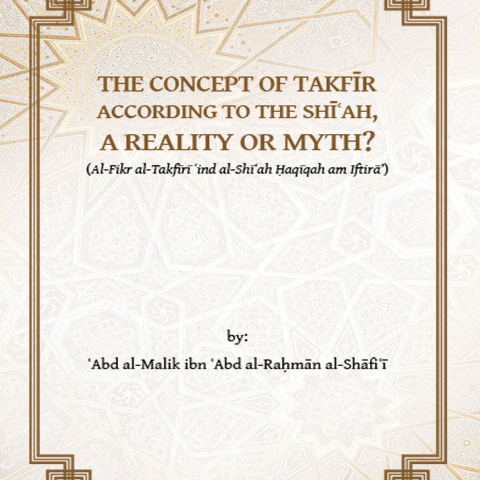 The Concept of Takfir according to the Shia, a Reality or Myth?

Section Three – The concept of Takfir: A Definite Consequence of considering Imamah a Fundamental of Din

Section One – The Influence of their Concept of Takfir in dealing with the Sahabah of Rasulullah salla Llahu ‘alayhi wa sallam, especially the Khulafa’ Rashidun

1. The Narrations which excommunicated and cursed the Khulafa’ Rashidun emphatically, with their names

2. Pronouncements of the Shia Scholars and Authorities on Cursing and Excommunicating the Righteous Khalifas