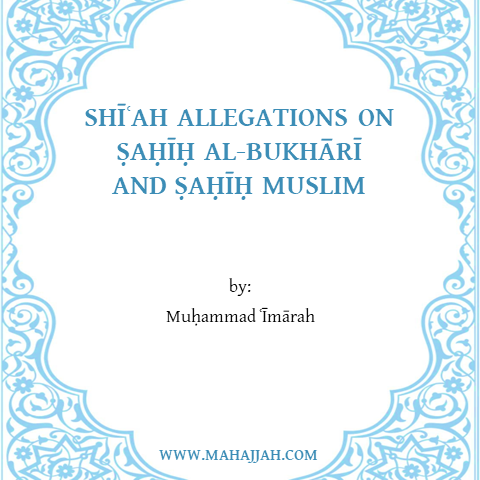 In this book, Shaykh Muhammad ‘Imarah addresses a number of allegations against the Sahih compilations of Hadith, al Bukhari and Muslim, made by the Shia in the book Bayt al Ankabut, lit. spiderweb. The mental gymnastics and emotionally charged rhetoric used to criticise these great works are responded to in a collected and academic manner, laying to rest a number of commonly circulated accusations concerning these and other books of hadith.

Books of Hadith and the Fiqhi Mazhabs (Jurisprudential Schools of Thought)

Absolute Reverence for the Authentic Books

Al Bukhari and the Custom of the Masses

Blatant Lie on the Authentic Books

The Shia Stance on the Companions

The Prophet for the Universe or the Ahlul Bayt Only?

Image of the Ahlus Sunnah, Civilization, and History