Hadith Thaqalayn Between The Ahlus Sunnah and The Shia

40. ‘Uthman’s rank to Allah due to the calamity that befell him and him being from the residents of Jannat 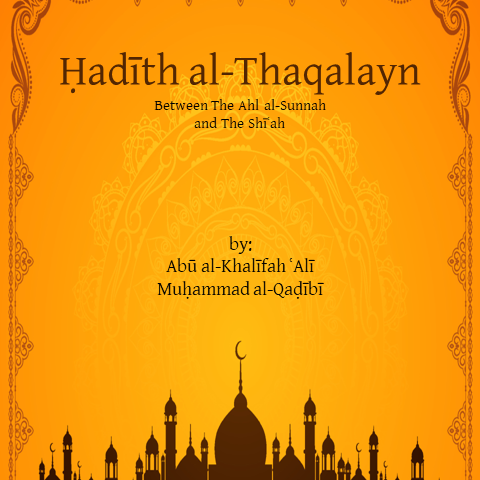 The topic of this book is of utmost importance as it discusses the hadith of the Messenger salla Llahu ‘alayhi wa sallam, who was gifted with Jawami’ al Kalim, the hadith discussing the greater of the two weighty things (i.e. Qur’an) and the lesser of the two weighty things according to the Shia (The family of the Prophet salla Llahu ‘alayhi wa sallam). He has excelled in his endeavour despite the concise nature of the book.

Hadith Thaqalayn Between The Ahlus Sunnah and The Shia

Who are the Ahlul Bayt?

The Meaning of Holding on to the Thaqalayn According to Ahlus Sunnah wa al Jama’ah.

The Ahlus Sunnah and the Thaqalayn

Were ‘Asim and Hafs Shia?

2. Do the Ahlus Sunnah take their legacy from the Ahlul Bayt?

The Shia and the Thaqalayn

2. Do the Shia possess a reliable chain of narration for Hadith al Thaqalayn?