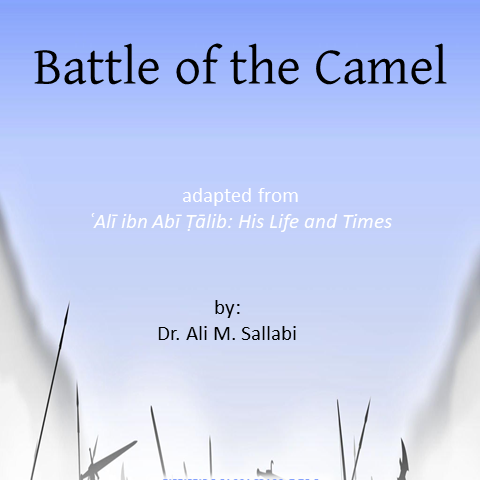 Allah says: “If two parties among the Believers fall into a quarrel, make peace between them…The Believers are but a single Brotherhood: So make peace and reconciliation between your two (contending) brothers: And fear Allah that you may receive Mercy.” (Surah Hujurat: 9- 10)

Allah Ta’ala did not say that either or both groups are disbelievers, even in a case where fighting occurs between them. The most deserving of people to be included in the meaning of this verse are the leaders of the believers, the noble Sahabah (may Allah be pleased with them). The words of Allah Ta’ala “The Believers are but a single Brotherhood” affirmed the brotherhood of faith among all the Muslims who are engaged in fighting each other. Hence it becomes clear to us that the fighters at the Battle of the Camel were believers on both sides. These historical events should not be used as a pretext for undermining the position of the Sahabah, trying to deny that they were believers, or spreading distorted and fabricated stories about them. To refute these false notions concerning them, it is sufficient to note that this verse confirms that they were brothers in faith. We will discuss what happened between them in more detail below.

Events that preceded the Battle of the Camel

Impact of the Saba’iyyah in causing turmoil

The role of `Abd Allah ibn Saba’ in stirring up fitnah

Zubair, Talhah and Aisha and their supporters set out to Basrah to set things straight

Advice of Hasan ibn `Ali to his father

Request of Amir al-Mu’minin `Ali from the oasis of Dhu Qar for support from the people of Kufah.

Difference of opinion should not affect the love between people

Questions on the road

The discussion between al-Qa`qa` and Talhah and Zubair

The solution according to al-Qa`qa`

Good signs of a deal between the two parties

The outbreak of fighting

The role of the Saba’iyyah in the outbreak of fighting

The first round of the Battle of the Camel

The second round of the Battle of the Camel

The number of people killed

The call of Amir al-Mu’minin `Ali after the battle

Checking on the slain and praying for mercy for them

The allegiance of the people of Basrah

The hadith of Abu Bakrah from the Rasul of Allah salla Llahu `alayhi wa sallam: “If two Muslims face one another with swords, then slayer and the slain will be in hell.”

The date of the Battle of the Camel

Should we not leave them alone when they are Muslim women?

Did Aisha, the Mother of the Believers, regard it as permissible to fight the Muslims at the Battle of the Camel?

Can this hadith be true: “You will fight `Ali and you will be in the wrong”?

Their regret for what they had done

The life and martyrdom of Zubair ibn al-`Awwam

His migration to Abyssinia

At the Battle of Badr

At the battle of Uhud

During the Battle of the Trench: “Each Rasul has a disciple, and my disciple is Zubair.”

At the Battle of Yarmuk

The conquest of Egypt

Poetry of Hassan ibn Thabit in praise of Zubair

His conversion to Islam, persecution and migration

At the Battle of Badr

At the Battle of Uhud

A martyr walking on the face of the earth

Spending for the sake of Allah

Unique and beautiful sayings of Talhah

Allah preserved his body after he died